You can recycle printer cartridges for cash!

Throwing items after use is a practice that is being discouraged worldwide. The same goes for printer cartridges. It has been noted that disposing of these items in landfills tend to cause environmental hazards. This is because the metals and plastics used to make the printer cartridges not only produce toxic substances when disposed but also take too long to decompose. The good news is that you can simply recycle used cartridge and earn cash. By doing so you get to keep your environment clean while making cash over a used product. By the end of this article, you will have a clear idea of why you should recycle printer cartridges and the steps you need to take to earn cash.

Remember, despite giving you cash, cartridge recycle also gives the manufacturing company a chance to bring back a used product. This ensures that tons of printer cartridges that would otherwise end up in landfills find their way back in homes and offices. According to research, for every 100,000 printer cartridges that you recycle, over 9000 kilograms of aluminium is saved. You also get to save over 39tons of pure plastic and more than 1million litres of oil. Those are some of the main reasons why ensuring the recycling of printer cartridge is essential in maintaining a sustainable society.

There are so many facts about used toners, printer cartridges, and inkjets that you don't know about. Hopefully, with this information, you will be motivated to recycle used printer products and earn cash. That way you get to prevent the alarming rate of tonners being disposed of in landfills.

It has been noted that after every second, 11 toners are disposed of across the globe. When disposed of printer cartridges are put end to end, they can surround the earth three times. This shows how serious the problem is becoming and why you should recycle these products.

The polymer used to create the plastics that are found in printer cartridges take about 460years to 1000years before they can break down and decompose. This alone is enough to compel you to recycle used toners.

The International Agency for research on cancer has classified the carbon black as carcinogenic. A carcinogen is a substance that is known to cause cancer in humans. This means that you should recycle the printers to avoid health complications.

According to research, a single laser cartridge requires three quarts of oil for it to be manufactured. This means that when you recycle these products, millions of gallons of oil end up being saved. We also get to save the production energy in the process.

It has also been discovered that printers can be refilled for a maximum of 15 times before they undergo complete exhaustion. During the refills, oil consumption is reduced to zero. You should thus recycle to ensure the above findings.

The UK alone is served with more than 60 million printer cartridges in a year. On the other hand, more than 70 million laser cartridges are sold in the US in a year. The sad news is that the companies that recycle this product only get 15% of used printers. Given the years the printers take to decompose, it is evident that if you don’t recycle these printers, there will be even more landfills in the coming years given that the rate of disposed of printers increases by 12% every year.

In a nutshell, when you recycle 20 printer cartridges and toners, 80% less energy is used to creating new ones. The process also requires no oil, making it better, safer, and cheaper. These shocking facts indicate why it is essential for you to start support printer cartridges recycle programs and earn cash instead of dumping them and incinerating them.

Millions of empty toner printer cartridges are disposed of yearly, thus creating tons of waste in the landfills. Such a problem will not occur when you recycle these products in exchange for cash. Some of the reasons why you should recycle toners and printer cartridges for cash include:

How Do You Turn Your Cartridge Trash To Cash?

Turning a used cartridge which is about to end up on landfills to cash is easy. You should just know what products to recycle. Below is the process of how to recycle printer cartridges and earn cash.

Check if your toner and cartridge is recyclable
You should first check which toners and printer cartridge are worth how much before proceeding to recycle them for cash. There is a list that the company provides indicating the type of tonner, printer cartridge and usable ink and the amount of cash each is worth. The list is updated daily. All you have to know is how much cash yours is worth.

Ready them for shipping
To ensure that the used printer cartridges are not damaged during transport. Pack them carefully. You should make use of newspaper to wrap each printer cartridge before packing. The same should be done on small air spaces. This prevents the printer cartridges from rattling and chipping off. You thus end up earning good money, and that is why it is beneficial to recycle these cartridges.

Send the package
Cash is paid for each package. You don't have to pay a cent for sending the package. You should also note that if the consignment is big enough, the recycler will pick it and transport it to the site. This ensures you don’t hit a roadblock whenever you want to recycle a cartridge.

Wait for your payment
Once your package of empty toners and printer cartridges for recycle is delivered, you will get your cash within seven working days. First, you have to communicate the account where the company will send the cash. You will also get a detailed email indicating which toners were recyclable and which ones were disposed of. The email will also come with the amount you should expect.

How Do You Turn Your Cartridge Trash To Cash?

First, the printer cartridges for recycle are sorted out to find out which ones are damaged and which ones are not so as to determine how much cash you will get. Those that are damaged are disposed of in an environmentally friendly manner. The disposal process will ensure there are no landfills and or toxic emissions released to the environment.

The rest of the printer cartridges you recycle are cleaned, repaired, and filled then sold to the suppliers. Something about these toners is that they work like new toners. They deliver the same output. They also print an equal amount of pages. It is thus a way of earning cash while doing good work. 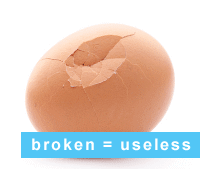 The only difference is that the printer cartridges you recycle require fewer resources to create. The refilling process is also fast, and the toners are used to their full potential. The cash used in the recycle production is also much lesser than that of creating new printer cartridges.

According to the above information, doing printer cartridge recycling is the only way to bring an end to landfills, air pollution, and water pollution. By doing so, you are sure of a safer and greener environment that will sustain the coming generations for years while earning cash. The best part about the whole idea to recycle these products is that you get to make a handsome amount of cash by selling what you would not have used otherwise. The total cash, however, depends on the quantity of toner, printer cartridges and other printer products you ship to the recyclers. This is one of the ways you can help to reduce the footprint of carbon used in manufacturing new products while making good cash.

This is a program that is meant to bring an end to some of the most common problems that arise when the printer products are disposed of. Remember, materials such as the aluminium found on the tonners and printer cartridges can be used to create other products or other newer printer cartridges. By doing so, it thus becomes irrelevant to exploit these materials further in the name of making new printer cartridges. Any damaged or broken printer cartridge that cannot be refilled is disposed of carefully. The method prevents the emission of gasses and the creation of additional landfills. At the end of the day, what you get is a cartridge-free environment while retaining their usage and supply.